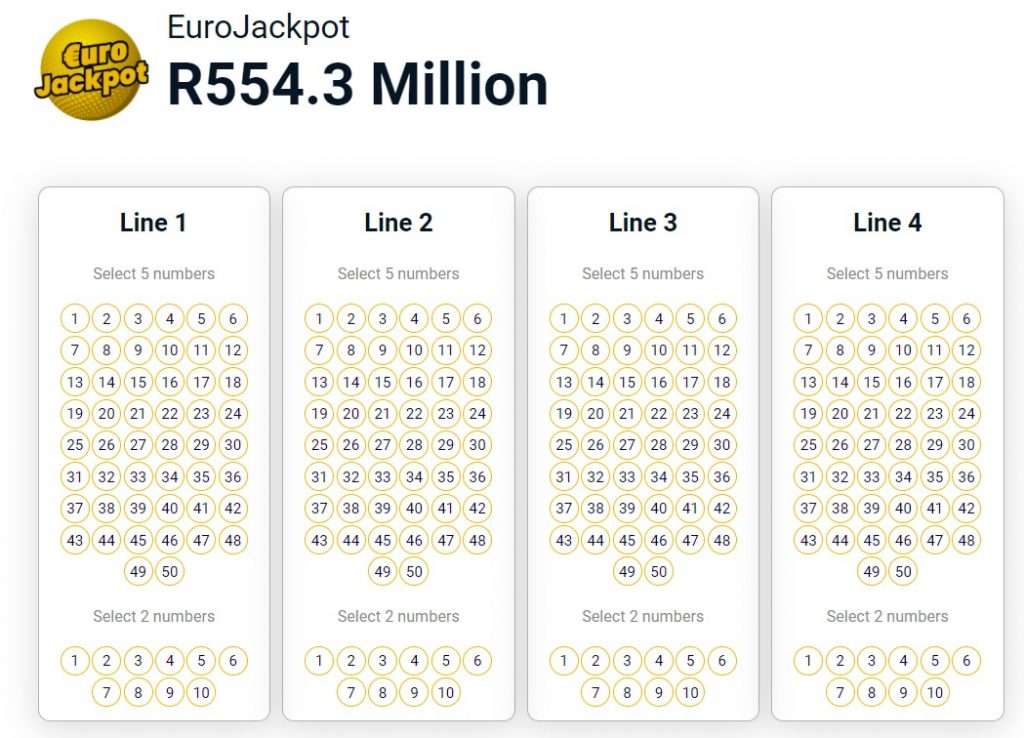 When it comes to being dominant in offering lottery games, no other region can come close to the United States and Europe. Both regions have been known for offering the best and most prize money-giving lottery games. In the United States, there are major lottery games such as US Powerball and US Mega Millions. If you move to Europe, then the major lottery games include EuroMillions and EuroJackpot. All of these games have the tendency of offering you millions in jackpot prizes. If you are living in a region outside of these two, then you would be at a huge loss, as you won’t be able to benefit from this.

I would have doubled your thought if we were living in the 20th Century. Fortunately, the years we have been living in are dominated by the internet sector where everything is being executed online. This is where the internet lottery sites come in and offer you the opportunity of playing any lottery game of your choice. Even if you are based in South Africa and wish to play EuroJackpot, the online lottery sites can make that happen for you. Let me now go ahead and talk about EuroJackpot and share details around the lottery with you, so you know how you can benefit through online lottery sites.

Things You Should Know About EuroJackpot Lottery

At present, the highest jackpot prize EuroJackpot Lottery offers is €90 million. If you start playing EuroJackpot from South Africa or another part of the world, you can win that prize as well. When it comes to playing the EuroJackpot, it is one of the simplest and most convenient lottery games offering you huge opportunities of winning handsome prizes that can change your life forever. 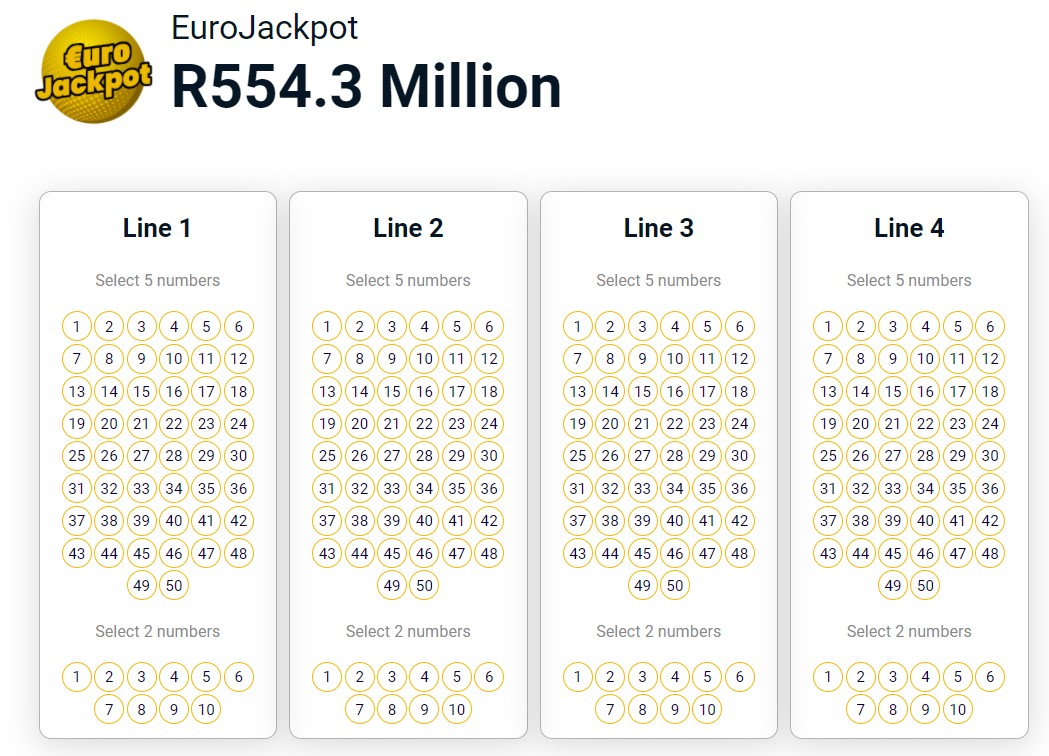 As compared to other lottery games, the range for the Euro Numbers is much less than the other lotteries offer. This means that you have a higher chance of winning a prize and even a jackpot prize playing the EuroJackpot Lottery.

You will be surprised to learn that the prize structure set by the EuroJackpot is much more profitable than other major lottery games. When it comes to EuroJackpot Lottery, there are no limits on the tiered prizes apart from the jackpot prize, which is a maximum of €90 million. You must know that purchasing each ticket for the EuroJackpot costs €2, and 50% of the ticket price is dedicated to the lottery prize funds based on each tier. This way, you get to earn more based on the numbers you match from the particular draw.

In the prize structure, there are a total of 12 tiers, so you have several opportunities of winning some portion of the prize money. If the stars are shining over you, then you can win the jackpot prize, which is €90,000. When playing the EuroJackpot Lottery,

Can You Play EuroJackpot Lottery in South Africa?

You must be wondering that if the EuroJackpot Lottery is based in Europe, how it could be offered in South Africa. The answer is simple, the online lottery games are nowhere to help answer your question. Over the course of time, online lottery sites have solved the problem. There are many sites that are now offering this service. If you play lottery games through these sites, then they would give you the same experience as playing EuroJackpot Lottery or any other.

This is something that has been made achievable with the help of the internet. If it were not for the internet sector, things would still be the same and you would still not be able to buy EuroJackpot tickets from South Africa. These sites are legit, which is the main reason why many people are purchasing lottery tickets for EuroJackpot and other lotteries through these platforms.

Such sites do not have you play these lottery games directly. Instead, they provide you with the same environment and same options, as well as the same prizes. So you are actually betting against the same odds but you are not directly playing the lottery. However, you are given the same prizes that you win through the EuroJackpot Lottery’s particular draw.

If you have developed an interest in trying and playing EuroJackpot or other lottery games online, then I recommend KayaMoola. It is currently one of the most advanced and highly trusted online lottery platforms for playing major lottery games from around the world including EuroJackpot. KayaMoola provides you with a safe and easier way of playing lottery games through its easy-to-navigate platform. It also provides you with all the options and features offered through EuroJackpot Lottery including draws, numbers, lines, and even prizes.

KayaMoola lets you play lottery games online from your bedroom or house. It offers the easiest way of buying tickets through its platform and everything through the platform happens instantly. As far as the payments are concerned, they are also kept secure, and your funds are fully protected. Whether you win a prize playing EuroJackpot or not, KayaMoola will notify you either way.

What Benefits Does KayaMoola Offers Playing EuroJackpot in South Africa?

If you thinking about why it must be KayaMoola then let me clear it out for you that it is completely up to your will to choose the lottery site. However, my suggestion would be to try KayaMoola, because although many other online lottery sites would offer you a similar kind of service. KayaMoola tends to take things up by offering you more benefits and services through its platform.

When playing lottery games through KayaMoola, you not only get to play EuroJackpot Lottery or other games individually, but you can play them alongside a group. This helps you gain more chances of winning prizes. Because, more people have their tickets on the line and if anyone wins the prize, it is split equally among all members. Then another benefit is that you can even play lottery games individually as well as in a combination. This option lets you play more lottery games in a single go, offering you more winning opportunities.